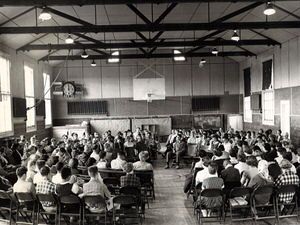 Several years ago, a science historian, James Burke, wrote a series of pieces on connections.  Seemingly disparate thoughts, inventions, and ideas build upon each other, connecting across time and experience. Within our Oakwood community, I see these connections inform and strengthen our program from the arrival of the newest 6th graders through graduation and the decades beyond.

During a recent phone conversation with an alumnus from the early 1960s, I was struck by a lasting connection he made between his brief experiences on the Oakwood stage and a career spanning over five decades in medicine. Shy by nature and adverse to public speaking, he pointed to the support and encouragement he received at Oakwood to reach beyond his comfort zone.  Skills gained memorizing lines and performing before his peers helped build confidence and hone his focus. He fondly looks back on these experiences as ones that helped prepare him navigate medical school, ultimately trading theater scripts for those more medical in nature.

Another unlikely connection involves the reflective silence of Quaker Meeting and social engagement of roller skating. Over the decades Lane Auditorium has served as home to both.  The first building constructed on site when we moved to our Poughkeepsie home in 1920, Lane embodies the mission of Oakwood, supporting the spirit, the scholar, the artist, and the athlete. Under the trussed beams and slate roof of Lane, students who drew spiritual connections through worship on Sunday mornings also gained social connection while on skates Friday nights. 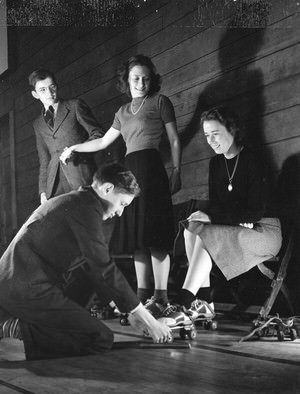 This September we will celebrate Oakwood’s 100th year on the Poughkeepsie campus, and our 224th year of Friends Education. Over the decades there have been several visible and impactful transformations made to the physical space: new dorms, new buildings, technology, solar energy. At the core of our community, mission remains constant. Whether students are roller skating in Lane in the 1940s or performing on stage under LED lights in 2020, they are challenged to think critically, reflect with purpose, and act decisively.   I look forward to beginning our next century in the Hudson Valley and the connections just over the horizon. See you on campus this September for our centennial celebration!