An English fight director and choreographer recently shared his technique for stage combat techniques with students at Oakwood Friends School.

B.H. Barry, who has worked as a stage fight choreographer for the Metropolitan Opera, London's Royal Shakespeare Company, Covent Garden and the BBC, as well as for films and regional theaters, visited the Poughkeepsie campus Sept. 22. He gave a presentation for students at their weekly Community Meeting in the school’s Meeting Room, according to the school. In his interactive and spirited presentation, Barry involved students in a variety of stage combat techniques.

Barry has been awarded a Drama Desk and an Obie Award for Sustained and Consistent Excellence in Stage Combat. He also received a Lifetime Achievement Tony Theater Wing.  He has created fights for more than 40 shows on Broadway. He also talked about his book, "B.H. Barry Fights For Everyone,” a guide for performers, directors and choreographers. 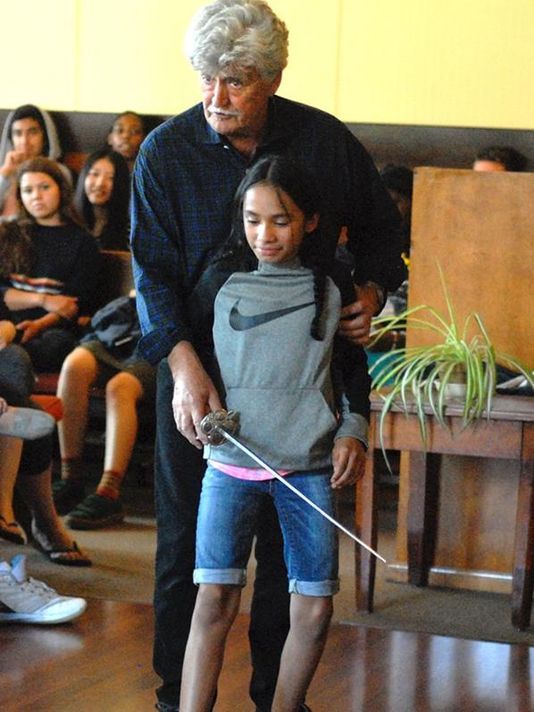