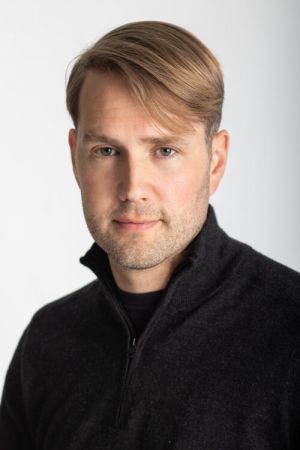 Arts Chair Ted Messerschmidt's composition has been selected for this year’s International Composers Festival. Forty compositions were chosen from more than 800 applicants and selections will be performed in the United Kingdom in May.

The International Composers Festival is a three-day celebration of new and exciting original music from over 40 extraordinary composers. With over 60 diverse compositions performed in four concerts at the prestigious De La Warr Pavilion, Bexhill-on-Sea, in the United Kingdom. Performing music written by living composers from all over the world, many of whom will be attending the concerts.

Ted is a versatile musician and educator. He has conducted and performed professionally with a variety of ensembles; taught at colleges, public schools, private schools, and a prison; presented research internationally; and composed and published original works for performances on several continents. 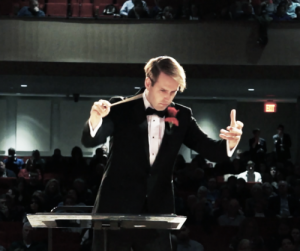 Ted is currently the Director of Music and Arts Department Chair at Oakwood where he conducts each of the school ensembles, music directs the school musicals, and develops curriculum for, and teaches, music courses for grades 5 through 12. He also founded the Community Service through the Arts class along with the Arts Exchange of Red Hook and Oakwood (AERO), a one-year creative exchange between students at Oakwood and a juvenile detention center in Red Hook, NY (2017-2018). In 2020, he initiated the Oakwood Friends School Virtual Arts Lecture Series to foster student engagement and artistic activity during the COVID-19 pandemic.

He completed his doctoral dissertation on music education in prisons at Boston University in 2017, and he continues to conduct research dealing with the role of music in promoting criminal-legal reform and social justice. He has published papers in peer-reviewed journals including The Journal of Band Research and Questions, and he has presented original research in Austria, the Republic of Georgia, Germany, and the United States.

Click below to read more about the International Composers Festival or Ted's work.