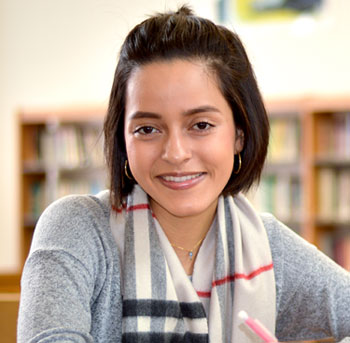 "It's hard to imagine who I'd be if I didn't attend Oakwood. Perhaps I'd be obsessed with finding the materialistic value in everything I encountered, instead of appreciating its spiritual essence. Or, I wouldn't be civically engaged, and accept being unaware to the dynamic world I live in. Through the course of my 3 years at Oakwood, I was welcomed by a family of diverse individuals - people from Ghana, Vietnam, Rwanda, China, Afghanistan, Japan - that shattered my previous ignorance. Being exposed to these different cultures contributed to my passion in clubs such as Model United Nation, Ethics Bowl, Academic World Quest, and Diversity Committee.

Including these unique characteristics about Oakwood, one thing I appreciated most was the tolerance of failure. Being human means making mistakes, and especially as a teenager trying to understand who she is, I made plenty. My most vulnerable times led to my greatest progression, and being at a place like Oakwood supported that growth. I cannot recall an experience that has benefited me greater than attending Oakwood Friends School."